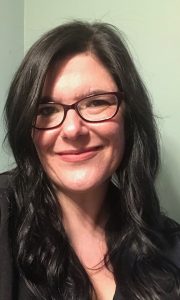 Seneca and the Soul of Nero

History remembers Nero as one of the most bombastic and cruel emperors of the ancient world. His tutor and later advisor, Seneca, the stoic philosopher and dramatist, takes drastic measures to reign in the emperor, and in his quest to save Rome, Seneca writes some of his most enduring plays. Focused on the power and failures of the political insider, Seneca and the Soul of Nero looks back to ancient Rome to hold the mirror up to the modern world. Quarter Finalist in Screencraft Stage Play Contest, 2020.
Click Here
on npx

What if everything you thought about higher education was wrong? Despite twenty-nine years as an English professor, Valerie Hardy has managed to maintain her academic idealism — but just barely. However, when her star student, Marina, prostitutes herself in order to pay for school, Valerie reexamines the profession and discovers it's a brothel. Chosen for the Indianapolis New Play Festival (postponed due to Covid-19).
Click Here
On NPx
Menu